You are here: Home / Activities

While representative democracy seems to be in crisis, direct democracy at the local and regional level is currently fast-growing. A variety of new mechanisms allow citizens to participate in political decisions regarding the future of their cities. Whether we are talking about public consultations, co-design, online participation or participatory budgeting, the tools are various and […] 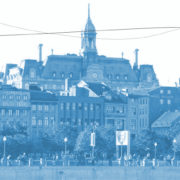 In December 2017, the Minister of Municipal Affairs and Land Occupancy sought comments on the draft regulation on public participation in planning and development. Here is the Commentary of our board of directors, submitted to the ministry December 30, 2017. Click here to download the Commentary. (Translate this document for IPAM)

February 14, 2017 IPAM presented a brief (link below in French) to the public hearings of the Committee on Planning and the Public Domain on Bill 122 – An Act mainly to recognize that municipalities are local governments and to increase their autonomy and powers. Key points : sustainable development; the abolition of referendums; strengthen […]

Thank you to everyone who attended our public forum held on November 30 at the Canadian Center for Architecture, as well as our January 30 roundtable at Rayside-Labossière. These two major events underscored the need for public debates as such, considering the potential impact of Bills 121 and 122. In addition, the strong social engagement […]

At the invitation of the Institute for Policy Alternatives of Montreal (IPAM), some thirty Montreal stakeholders met on February 3, 2015 to discuss tax issues, municipal and alternative modes of financing for Quebec municipalities in general, and for the city in particular. In the form of open discussion, the exchanges allowed participants from different backgrounds […]

Proud of the success of its previous round tables, the Institute for Policy Alternatives of Montreal (IPAM) invites you to save the date of its next round table, which will be about municipal taxation, the various financing tools available to your cities and their impacts on urban planning. This meeting will be held in the […]

Last September, the council of the agglomeration of the City of Montreal presented its draft of the Management and Development Plan (SAD). Considering the importance of this document for the future of Montreal, on the 22nd September IPAM organised a round table for reflecting, with its partners, on the draft of the Plan and the […]

At the invitation of the Institute for Policy Alternatives Montreal (IPAM), thirty Montreal participants gathered on Sept. 22, 2014, in order to discuss the draft of the Montréal Urban Agglomeration Land Use and Development Plan (SAD), the adoption of which is expected in late December 2014. In the form of open discussion, the exchange allowed […]

On February 13th, the second round table of the Montreal Institute for Alternative Policy (IPAM) was held on the surplus hospital sites in Montreal. This meeting brought together 45 participants from politics, academic and civil society was rich in ideas and proposals. We are pleased to send you today the presentation document and the summary […]

The Ordre des urbanistes du Québec announced the names of the 30 laureates of the Blanche-Lemco-Van-Ginkel Prize during its 50th anniversary gala which took place at the Palais des congrès de Montréal, last 23rd or October. The Blanche-Lemco-Van-Ginkel Prize is awarded to non-urban planners of from all walks of society (citizens, elected officials, managers, promoters, professionnals, […]