Newsfeed
You are here: Home / Newsfeed / Democracy and Citizenship / “The Right to a Place, the Right to the City” – The CCA presents the... 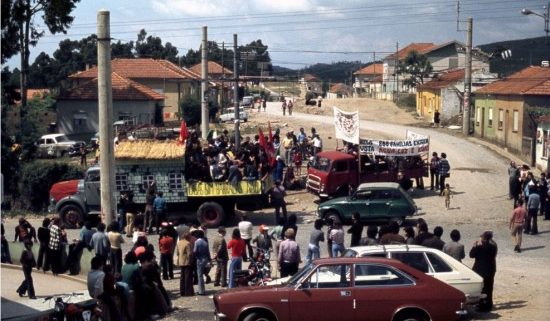 An exhibition documenting the pioneering experiment that empowered architects and citizens to create housing with a place in the city.

The Canadian Centre for Architecture (CCA) presents The SAAL Process: Housing in Portugal 1974–76 from 12 May until 4 October 2015. It is the first major exhibition documenting SAAL, a pioneering political and architectural experiment designed to address extreme housing shortages and degrading living conditions. Named the Serviço Ambulatório de Apoio Local (SAAL), meaning Local Ambulatory Support Service, this government initiative deployed architects across Portugal to develop housing solutions that gave the underprivileged a place in the city.

Its ambitious and idealistic character reflected the revolutionary spirit following the 1974 coup that ended the authoritarian Estado Novo regime. The newly created democratic government guaranteed financial support to enable a bottom-up social process joining architects with neighbourhood associations and citizens. The architects led technical teams (known as brigades) that designed projects with the residents rather than for them. SAAL resulted in 170 projects involving more than 40,000 families during its short period of only 26 months.

The Right of Initiative – Public Consultation: Montreal announces a public...